Stanley Clayton was a young, black member of Peoples Temple that joined in 1971, and he worked several jobs before ending as a cook in Jonestown. He came from a broken home in Oakland and was in trouble with the law. Clayton joined the Peoples Temple for a couple of reasons. Jones’s message of social justice and militant sense of equality drew him in, but he also saw people being healed of the same addictions he had. He believed that if those people could be healed of their drug and alcohol addictions, he could be too. The root of this belief stemmed from him seeing he had a purpose and was important to the church. Lastly, Jones provided the homeless Clayton food, shelter, and education that was too good to pass up.

In August 1977, he decided to make the move to Guyana and was given some money to prepare himself. He ended up taking the money and getting drunk, so his belief that the Temple could cure him of his alcoholism was not a major reason to stay. When he arrived in Jonestown, he did not really like what he saw or the way he was treated. Clayton ended up doing a lot of physical labor and was punished when found smoking and drinking.

A little over a year later, the Congressman made his visit, and up until the night of the suicides, Clayton believed everything to be good in Jonestown. On November 18th, mid-afternoon, Dr. Shack and Joyce Touchette came into the kitchen when Clayton was working to get a steel drum for a cool-aid and brown-liquid concoction. At this point, Clayton believed it to be another drill, but when a security guard came to the kitchen to collect all of the workers, Clayton had suspicions because the kitchen staff did not usually attend the meetings in the pavilion. When he arrived, it became clear that it was the day they were expected to die.

After watching hundreds of people and children, including his girlfriend and her family, die from drinking the flavor-aid, Clayton decided he did not want to drink it. He convinced the security guards that were keeping people in the pavilion that he was ready to go and was going over to say goodbye to some friends. When they looked away, Clayton took his chance to make a run for the bushes and was then considered to be a defector. He spent hours hiding there, heard cheers from whom he believed to be Jones and inner-circle members, and finally, several gunshots. He was one of only seven people that survived that day. 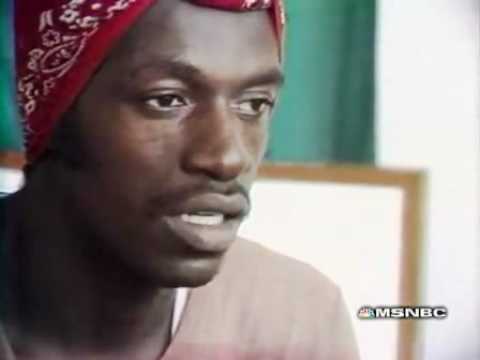 Once Clayton was able to return home after being questioned in Georgetown, he reverted back to his former life and has spent many of the following years with a drug-dependency or in rehab. He is one of the few survivors whose accounts have provided a lot of information for the government and writers, like Kenneth Wooden, author of The Children of Jonestown, and Julia Scheeres, author of A Thousand Lives.